A kayak is a small, narrow watercraft which is typically propelled by means of a double-bladed paddle. The traditional kayak has a covered deck and one or more cockpits, each seating one paddler. The cockpit is sometimes covered by a spray deck that prevents the entry of water from waves or spray, differentiating the craft from a canoe. The spray deck makes it possible for suitably skilled kayakers to roll the kayak: that is, to capsize and right it without it filling with water or ejecting the paddler.
Some modern boats vary considerably from a traditional design but still claim the title "kayak", for instance in eliminating the cockpit by seating the paddler on top of the boat ("sit-on-top" kayaks); having inflated air chambers surrounding the boat; replacing the single hull by twin hulls, and replacing paddles with other human-powered propulsion methods, such as foot-powered rotational propellers and "flippers". Kayaks are also being sailed, as well as propelled by means of small electric motors, and even by outboard gas engines. 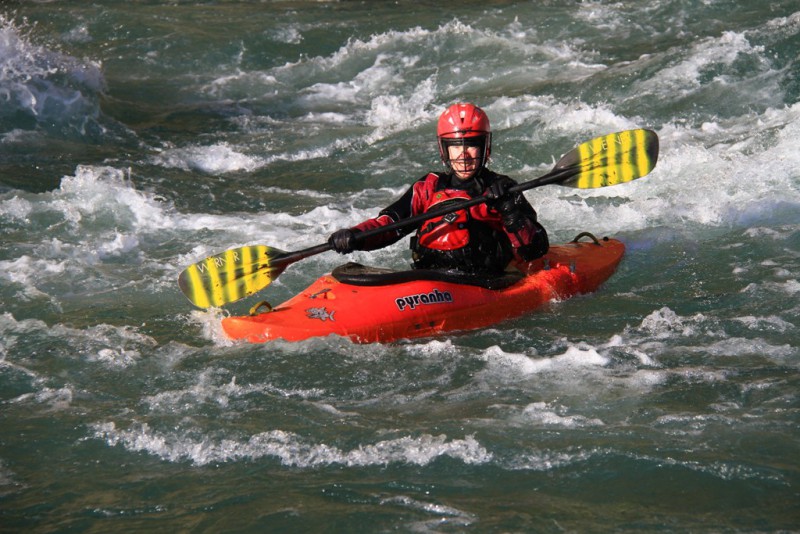 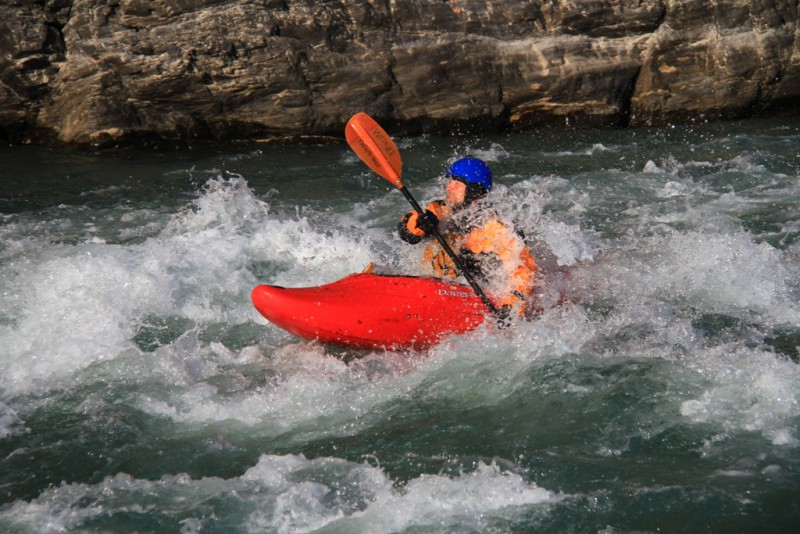 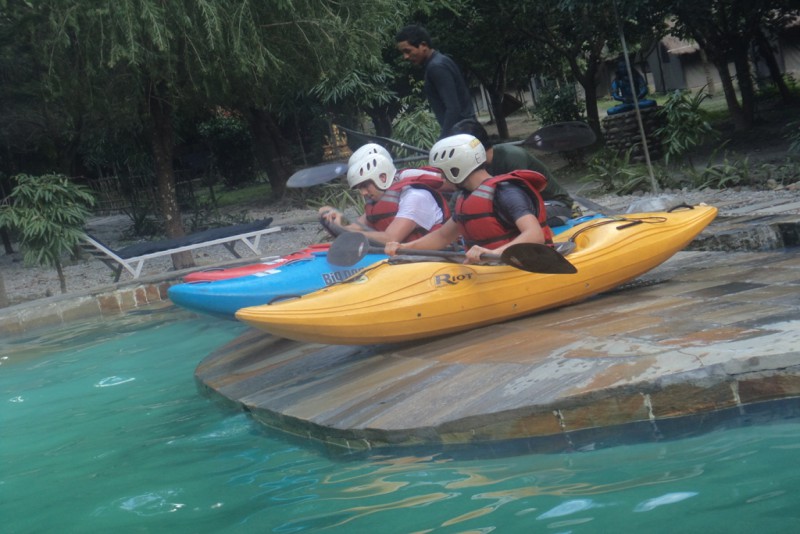